The first time I heard the word, I knew I would love it. Clafoutis. Clah. Foo. Tee.
It felt so good just to say it, like a laughing cloud floating off my tongue, I was certain it would taste even better. I was right.

Clafoutis is a classic French dessert; a custard tart of sorts but without a crust. It is traditionally made with flour, milk, sugar, and eggs, and a fruit, the most popular being black cherries. Arranged in a buttered dish, the fruit is bathed in rich batter and baked, then served lukewarm with a dusting of powdered sugar and sometimes cream. The concept is brilliantly simple and I knew that with a few adjustments, the clafoutis of my dreams could become a reality.
For my first cookbook, I took the plunge and came up with an easy, grain-free and dairy-free foolproof recipe that I can honestly say I make more than any other dessert in my repertoire. I always have the batter ingredients on hand, and I always have seasonal fruit, so when I need something sweet on short notice, this dish often makes a delicious appearance. The only teeny issue with my original version, is that it required a food processor to blend up toasted almond flour. When I set out to make a clafoutis a couple weeks ago, we were living pretty simply at the family cottage in Denmark without any kitchen equipment to speak of, and I was left scratching my head. I knew I could simplify the calfoutis even more, so I endeavoured to make it an equipment-free recipe, and edited a couple of steps so that there wasn’t even a bowl to wash.

Instead of roasting the almonds in the oven, I purchased almond flour, then toasted it in a large skillet over medium heat until golden brown. Then, once the pan had been removed from the heat and cooled a bit, I mixed the remaining ingredients right there in the skillet! The last step was to simply pour the batter into the prepared baking dish with the fruit, and place it in the oven. So easy! The final results were just as good – if not better – than the more complicated version of the recipe.

Since blackberries and red currants were absolutely dripping from the bushes around the island, I knew that these two berries, as untraditional as they were, would be delicious in this context. The sweet batter in contrast against the sour-tart, juicy jewels worked so perfectly. 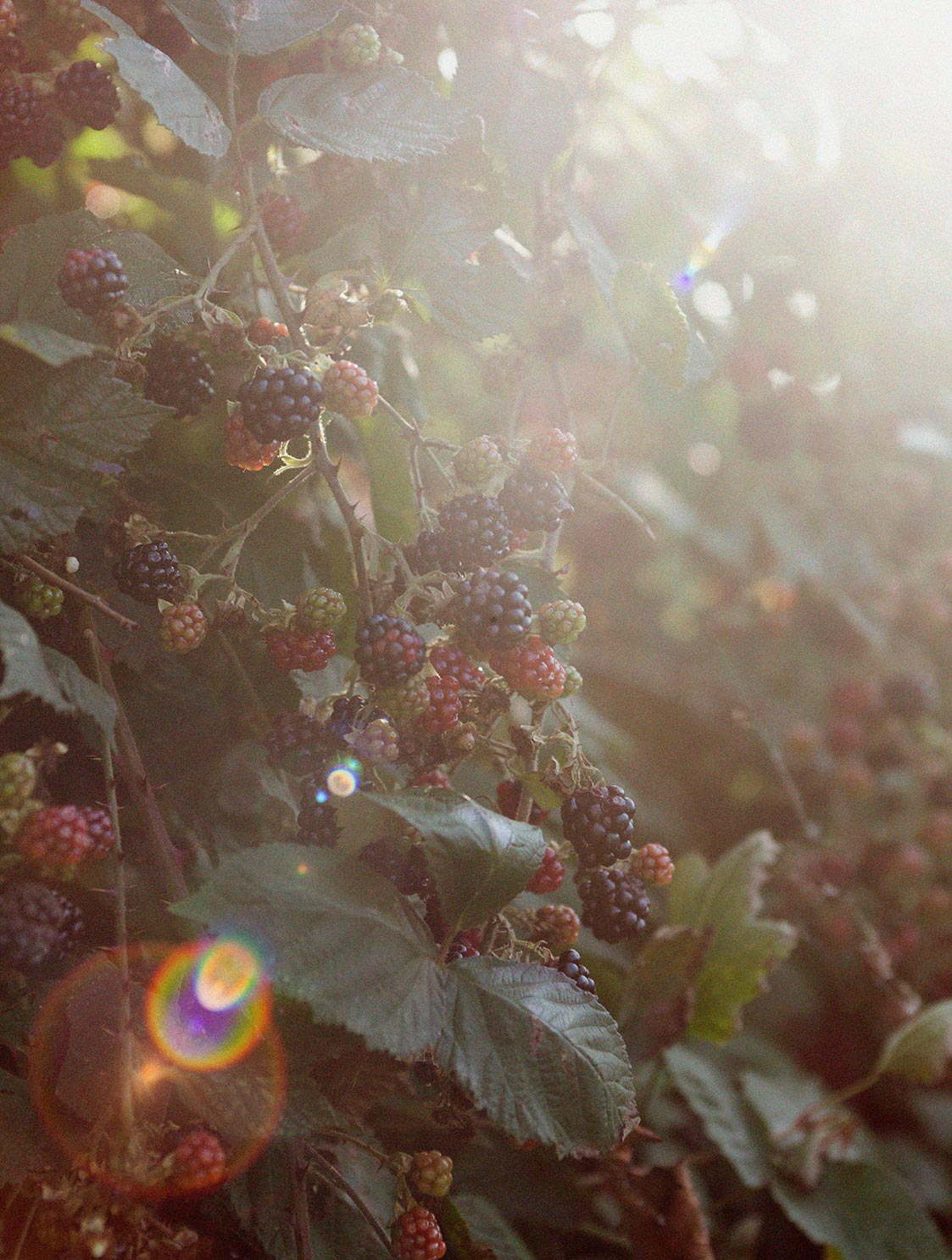 Some notes on the recipe: the reason that I measure the fruit out by volume may seem unusual, but it’s because the physical space that the fruit takes up in the clafoutis is more important than the weight of it. The goal is to fill the bottom almost entirely with few gaps, so that every bite contains tons of juicy fruit pieces.

You are welcome to use any fruit that is available to you, with the exception of anything with a very high water content – melon, citrus, and pineapple make the tart too soggy. I love rhubarb in the spring, cherries in the early summer, stone fruits in the late summer, and figs in the autumn. You can also add spices to the batter, such as cinnamon and cardamom, and even dried fruit like raisins, cranberries, apricots, figs or dates.

I have not tried making a clafoutis without eggs. The vegan versions I’ve seen online rely on either tofu or aqufaba for body and binding, and I’m not overly enthusiastic about either one of those ingredients. Plus, I really love eggs. It may be groovy to try with a coconut milk + chia + arrowroot combo, but I cannot reliably say it would work since I’ve never tried it before – this is just a hunch! 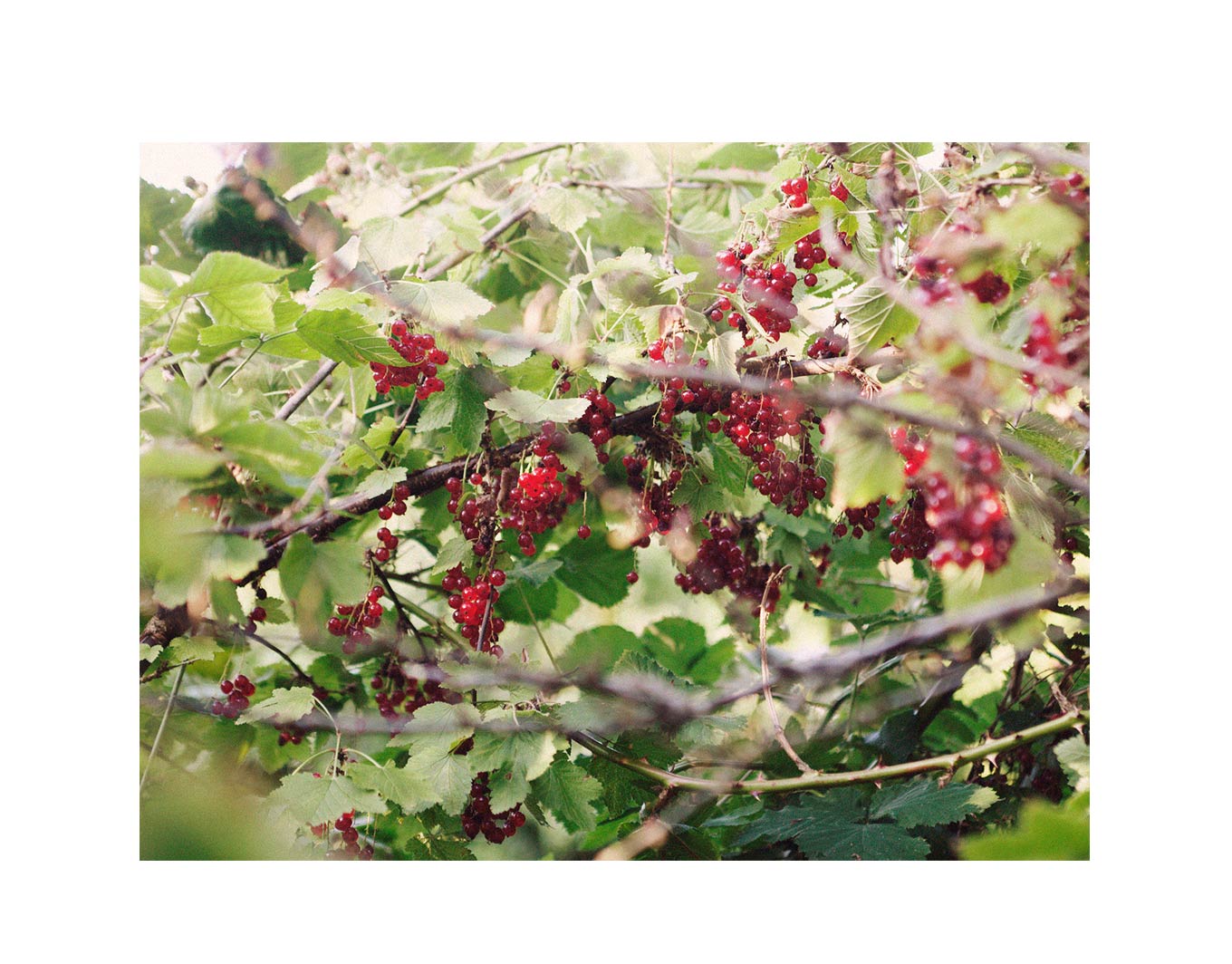 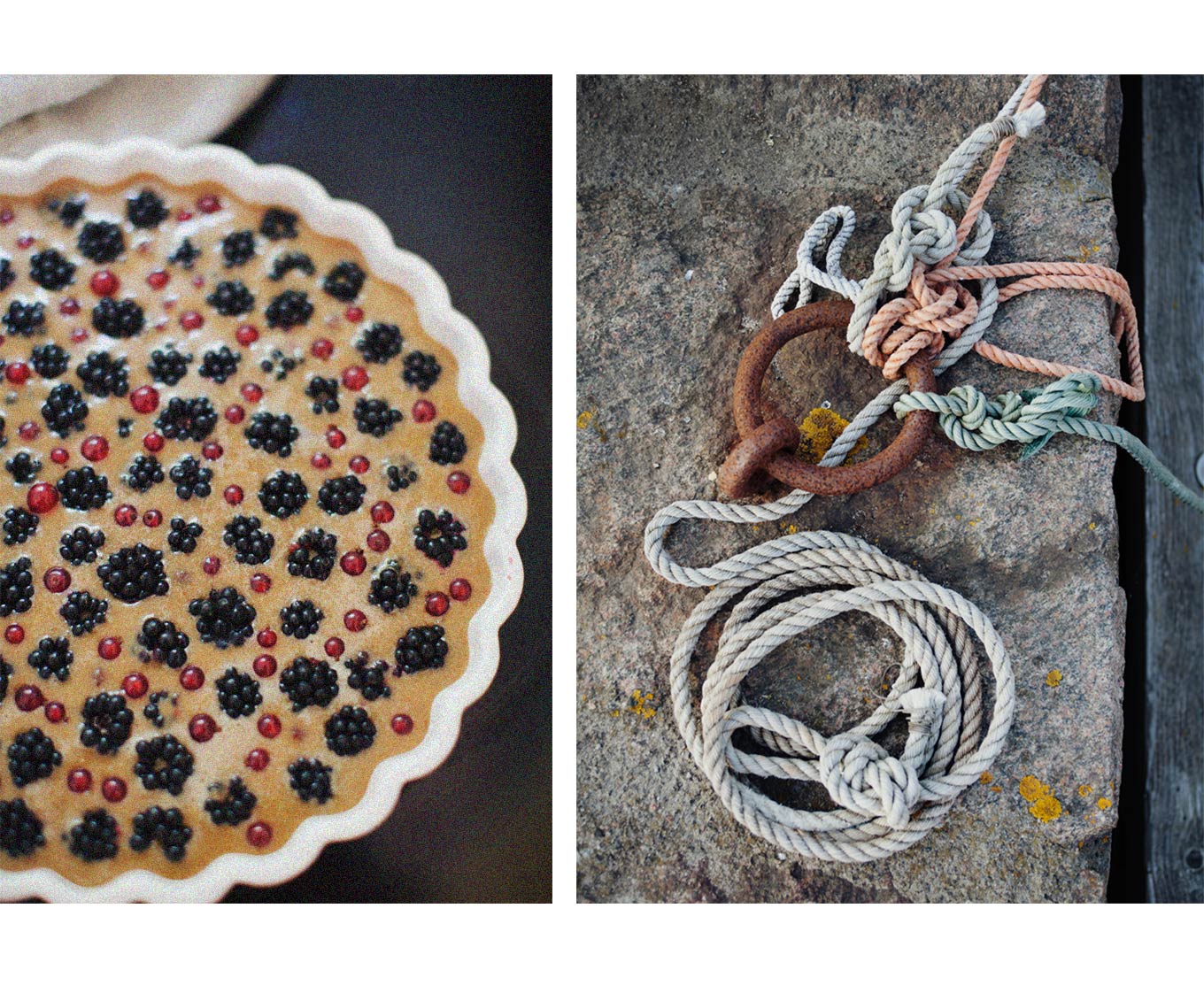 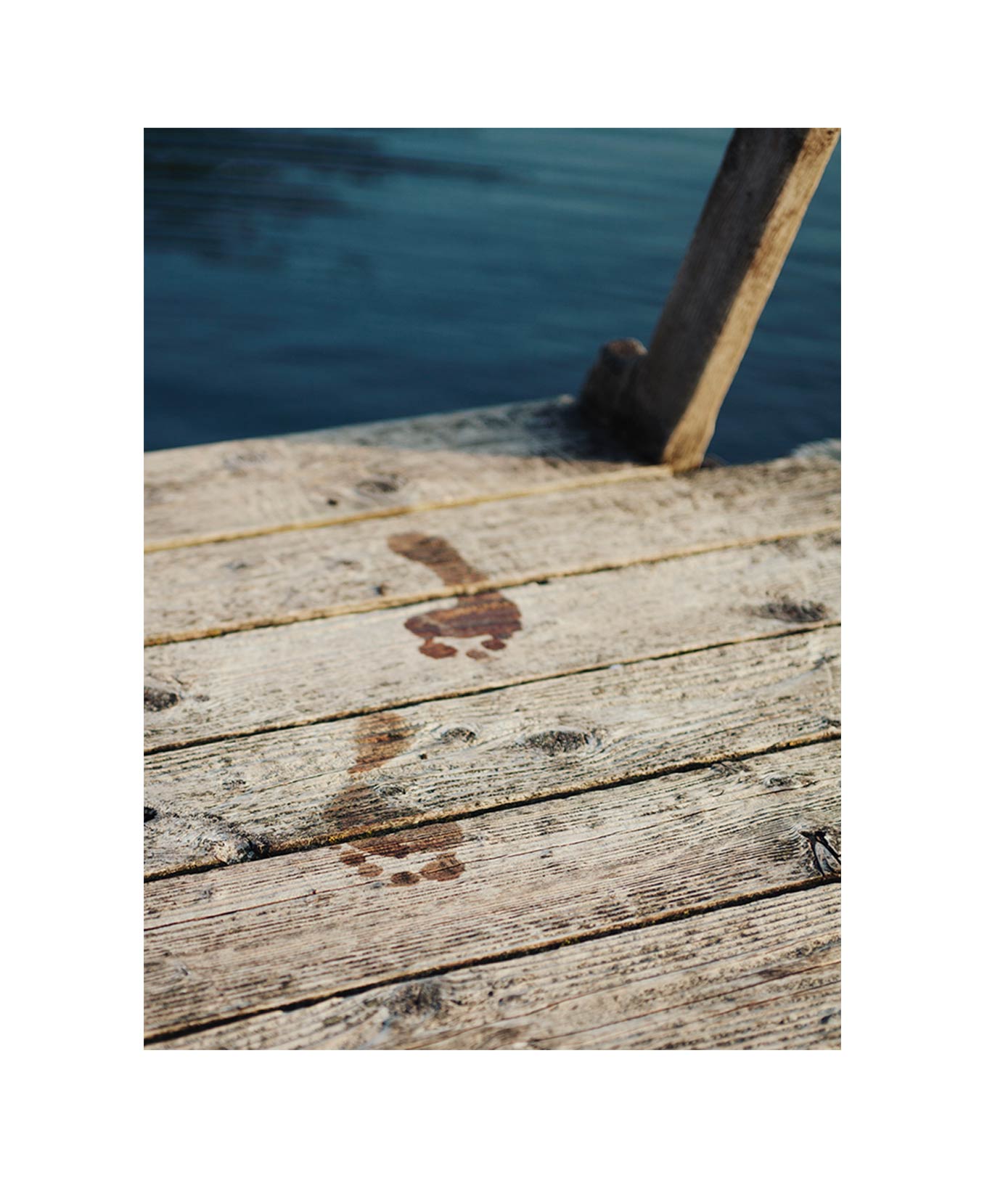 I’m sure you’ve noticed that look of the blog has changed a little bit. I felt that it was time for a freshen up, and I hope you take a moment to visit my homepage and have a look around. And for this first post since the redesign, I decided to make a small photo essay to convey the gorgeousness of our village on Bornholm. Bornholm is a small, Danish island in the Baltic sea off the southern tip of Sweden. My husband’s family have a cottage there, in an old fish smokery right on the ocean. The light on the island is particularly special, the colour of the sea an unique shade of blue, and the air is soaked with the scent of rose hips, sun-baked rocks, salt water, and elderflower. It’s one of my favourite places on earth, and I always leave feeling so inspired, and connected to nature. I hope you enjoy.

The post Blackberry and Currant Clafoutis appeared first on My New Roots.