The life of Kristopher Boesen was instantly changed when he lost control of his car on a slippy road surface and slammed into a tree and lamp post. This accident paralyzed him from the neck down, and doctors predicted that he might never be able to function from the neck down again.

Then, he was offered to undergo an experimental procedure with stem cells, which ‘have the capability to repair injured nervous tissue through the replacement of damaged cells’. Yet, even though this method did not guarantee any restoration to his paralysis, Kris thought that the risk was worth taking.

In April, leading the surgical team and working in collaboration with Rancho Los Amigos National Rehabilitation Center and Keck Medicine of USC, Charles Liu, MD, Ph.D., director of the USC Neurorestoration Center, injected an experimental dose of 10 million AST-OPC1 cells directly into his cervical spinal cord. (These cells come from donated eggs fertilized in vitro (ie. in a petri dish). 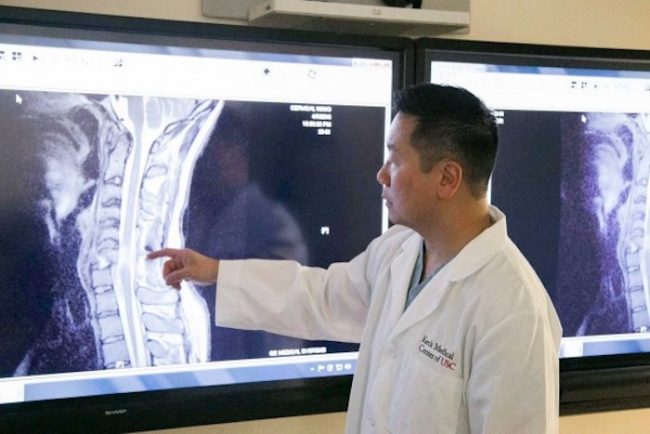 According to Dr. Liu:

With this study, we are testing procedure that may improve neurological function, which could mean the difference between being permanently paralyzed and being able to use one’s arms and hands. Restoring that level of function could significantly improve the daily lives of patients with severe spinal injuries.”

After three weeks, the condition of Kris started improving. Within two months, his motor functions significantly improved, he was able to operate a wheelchair, answer the phone, and write his name. 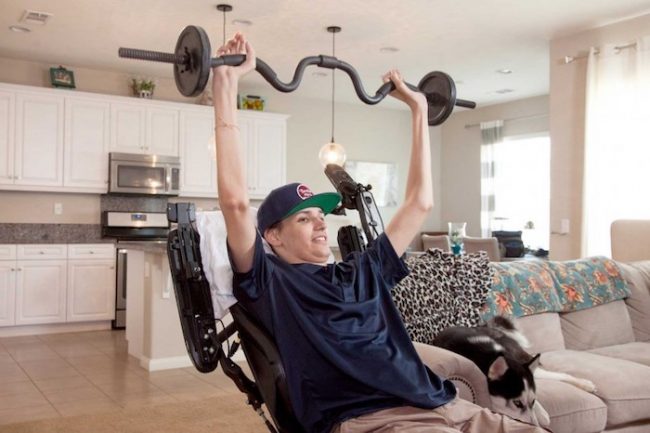 “As of 90 days post-treatment, Kris has gained significant improvement in his motor function, up to two spinal cord levels. In Kris’ case, two spinal cord levels means the difference between using your hands to brush your teeth, operate a computer or do other things you wouldn’t otherwise be able to do, so having this level of functional independence cannot be overstated.”

After such positive results of the stem cell therapy, he said:

“All I’ve wanted from the beginning was a fighting chance…But if there’s an opportunity for me to walk again, then heck yeah! I want to do anything possible to do that.”

Kris’s father, Rodney Boesen, said that they were amazed at the level of collaboration and cooperation that enabled their son to participate in the study and reap the benefits of this kind of therapy:

“So many things had to happen, and there were so many things that could have put up a roadblock. The people at Keck Medical Center of USC and elsewhere moved heaven and earth to get things done. There was never a moment through all of this when we didn’t think our son was getting world-class care.”

Even though doctors cannot promise any additional improvements in the future, they keep experimenting with stem cell research to try and improve his chances.  They are working hard to solve paralysis, and teamed ‘associate faculty based in departments across KSOM and the University to study stem cell-driven new medicine’.

Despite paralysis, the stem cell therapy can be used in various other ways as well, from diabetes, Parkinson’s, to cancer.