Intermittent fasting is an eating style that involves eating within a specific time period and fasting the rest of the time.  Most people go for 16 hours with an 8-hour break to eat their meals, and usually, the lunch is their first meal.

Fasting differs from starvation in one crucial way: control, as while starvation is the involuntary absence of food for a long time, which can lead to numerous health complications, and is not controlled nor deliberate, fasting is the voluntary withholding of food for spiritual, health, or other reasons.

Intermittent fasting is recommended for people who are not underweight and have enough stored body fat to live off.

The avoidance of food can be done for any period of time, from a few hours up to a few days or weeks, — with medical supervision. Fasting has no standard duration since it is the absence of eating.  One can start and end the fasting period whenever he wants, for any reason or no reason at all.

At its very core, intermittent fasting helps the body to use its stored energy. People have evolved to fast for shorter periods of time, without facing any health consequences.

Intermittent fasting was introduced in 1900 by the American physician Edward Hooker Dewey in his book “The No-Breakfast Plan and Fasting Cure.” The book was based on a human experiment, which showed that the lack of appetite is a way in which Nature is trying to digest existing reserves and optimize its function while preventing diseases.

Therefore, the fasting periods are the time the body needs in order to do its job. Edward suffered from terrible headaches and digestive issues, so he tried skipping breakfast, and he experienced amazing improvements.

The main focus of intermittent fasting is to give the body enough to eliminate waste and heal.

There are several types of fasting:

Intermittent fasting increases the levels of brain-derived neurotrophic factor (BDNF), a protein that helps the production of new brain cells and protects existing cells from premature death. It has been found to be linked to impaired learning, depression and Alzheimer’s, and a 2014 study released in the Journal of Neuroinflammation confirmed that a 30-day intermittent fasting regimen prevents its reduction and suppresses brain inflammation.

It also helps the body to resist brain and heart damage after a stroke or heart disease.

Additionally, it helps people to lose visceral fat, but not water or muscle mass and is nothing like crash diets.  Intermittent fasting has also been found to prevent type 2 diabetes, and help visceral fat loss and insulin resistance. 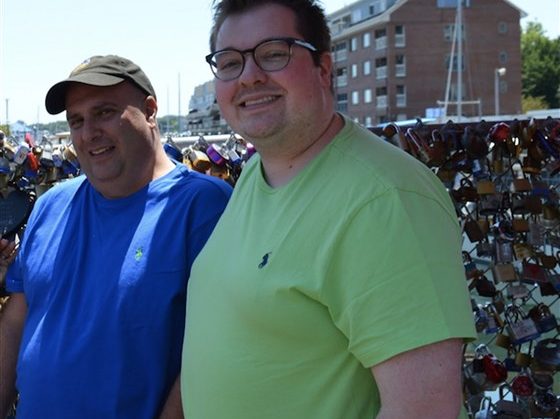 A Massachusetts doctor, Dr. Kevin Gendreau, took his weight problem seriously when ovarian cancer consumed his sister. He said that while his sister had no choice with her health, he had, and he chose to be unhealthy. He was 300 pounds.

He started stress-eating in college, and the unhealthy lifestyle made him prone to depression, sleep apnea, diabetes, hypertension, and cholesterol.

Yet, in 2016, he decided to cut out processed carbs and calories and lost 40 pounds. His diet involved foods like fruit, veggies, legumes, turkey, chicken, raw nuts, black coffee, legumes, and non-fat Greek yogurt.

Gendreau admitted not knowing how mentally strong he was when he started with the new diet.  Yet, soon he was stuck at 225 pounds, and after his sister’s death in 2017, he decided to start intermittent fasting.

He needed to take care of his nephews, and it was his motivation not to give up.

Within a year and a half, he lost  125 pounds. He followed three simple rules:

Therefore, try intermittent fasting and give your body the time it needs to heal and restore its optimal health!